He's been a businessman in Laredo for decades but there is a side of him most Laredoans have never known. Roque Vela, Senior was in Vietnam and shared his combat experience with us. You can still find him behind the counter at Jett Bowl taking care of customers decades after buying the popular entertainment center...

LAREDO, TEXAS (KGNS) – He’s been a businessman in Laredo for decades but there is a side of him most Laredoans have never known. Roque Vela, Senior was in Vietnam and shared his combat experience with us. Mr. Vela rarely talks about his tour of duty in Vietnam. He was not only injured by a grenade but received a commendation for valor in the middle of combat.

You can still find him behind the counter at Jett Bowl taking care of customers decades after buying the popular entertainment center. But before Jett Bowl, and the school board, and his other community positions and business endeavors, Roque Vela, Senior was a soldier. “I felt a need to be there because my brother served in the Army and that propelled me to join the Army,” he said.

He wasn’t drafted into the Army, he volunteered at age 17 in 1961. He became a small arms expert and he was an excellent marksman. “I grew up on a ranch so I was shooting from a small age so I was familiar with arms,” he told us.

Vela was on standby to go into Cuba during the Cold War and spent many years stateside fine tuning his small arms skills, becoming an instructor and drill sergeant. But he was sent to Vietnam in February 1967 and he got a surprise when he arrived. “It was my brother. He was in Vietnam at the same time I was,” he said.

But they were only stationed in the same location for a short time. Vela quickly became a platoon leader completing search and destroy missions and constantly coming into contact with enemy fire. He pursued the enemy into dangerous unknown territory, a complex system of underground tunnels.

“It was a very confined area until you got to some of the bigger rooms, but otherwise you went in there with a 45 and a flashlight,” Vela explained.

But every day he carried his Virgin of Guadalupe medal with him and in moments when he thought he would surely be injured he came out unscathed. “A grenade exploded from here to where you are and nothing happened to me,” he said.

Another time he saw a bullet coming right at him and he was able to duck. But one day he was called to a mission at the last minute before going on leave and he forgot that medal.

He was hit by shrapnel from a grenade in the legs and back. He survived but even the hospital was bombed while he was recovering. Vela still has some shrapnel left in his body. The whole thing taught him a valuable lesson. “I came back believing in destiny. When it’s time to go it’s time to go and that wasn’t my time to go,” he said.

He earned a Purple Heart for his injury and another medal for an act of valor. During a firefight he provided medical attention to wounded soldiers. “There were some wounded at the onset of the firefight, and I was directing fire and returning fire and at the same time providing first aid to my men,” he said.

And Vela went into Cambodia as part of a special unit of Spanish speaking soldiers gathering enemy intelligence. Once he returned home after 6 years on active duty in the Army he spent two more years in the reserves. He ended up becoming a huge part of the Laredo business and civic community. But he often thinks about those lost in Vietnam and wants all Americans to remember the sacrifices of veterans and what they stood for.

“The freedoms that we have now are because of veterans,” he said, “if we want to cherish the freedoms we have, we have to depend on the United States soldier.”

Vela also provided security for General William Westmoreland during his tour in Vietnam. And he says he’s thankful that while he was a platoon leader he never lost anyone from his platoon.

Jett Bowl has been party central for Laredo for decades. Whether you're having a birthday party, fundraiser, field trip, or corporate event, Jett Bowl north has an event package to fit your budget and your style ... 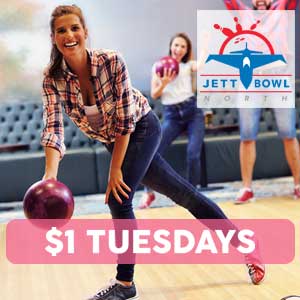 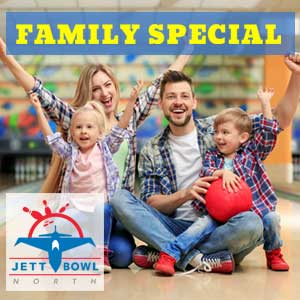